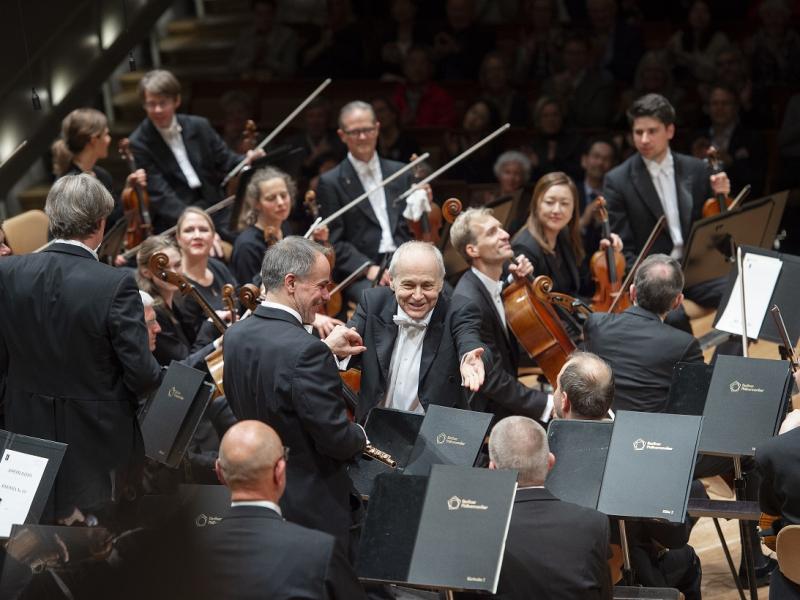 Adam Fischer will be back on the podium of the Berliner Philharmoniker conducting three subscription concerts in early October. He made his sensational debut with the orchestra in February 2018 when he took over concerts at short notice and received enthiusiastic applause from the audience for his fervent interpretation of Dvorák´s „New World Symphony“.

In their up-coming concerts Adam Fischer and the Berliner Philharmoniker will perform works by Haydn and Mozart. Both composers have always played an important role in Adam Fischer´s carreer: his recordings of Haydn´s 104 symphonies and of Mozart´s  complete symphonic work are highly acclaimed and have received a number of international awards.

Mozart´s Symphony No 36 „Linz“ and Haydn´s Symphony No 104 will be on the programme as well as two virtuoso concert arias sung by the young soprano Julia Lezhneva:  Haydn´s "Scena di Berenice“ and Mozart´s „Ch´io mi scordi di te“ , where Adam Fischer will also play the piano.

The concert on Saturday October 5 will be broadcast live at the Digital Concert Hall.