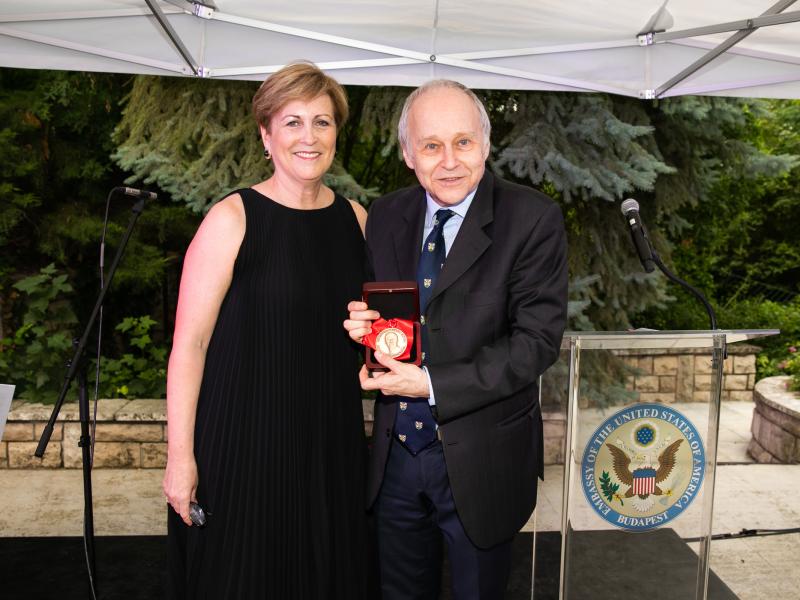 At a reception at the U.S.Ambassador´s residence in Budapest on June 18 Adam Fischer was awarded the prestigious John F.Kennedy Center Gold Medal in the Arts, which he received from the President of the John F.Kennedy Center Deborah Rutter. Since 2005 the Kennedy Center International Committee on the Arts has bestowed the Gold Medal in the Arts in recognition of extraordinary achievements in the arts at its international summit held each year in different cities. The Committee awards  inspiring individuals of the respective countries, whose lifetime achievements have created, nurtured, supported and championed the worlkd´s greatest arts and artists.The other reciepients this year were Adam Fischer´s brother Iván Fischer, soprano Eva Marton and composer György Kurtág.