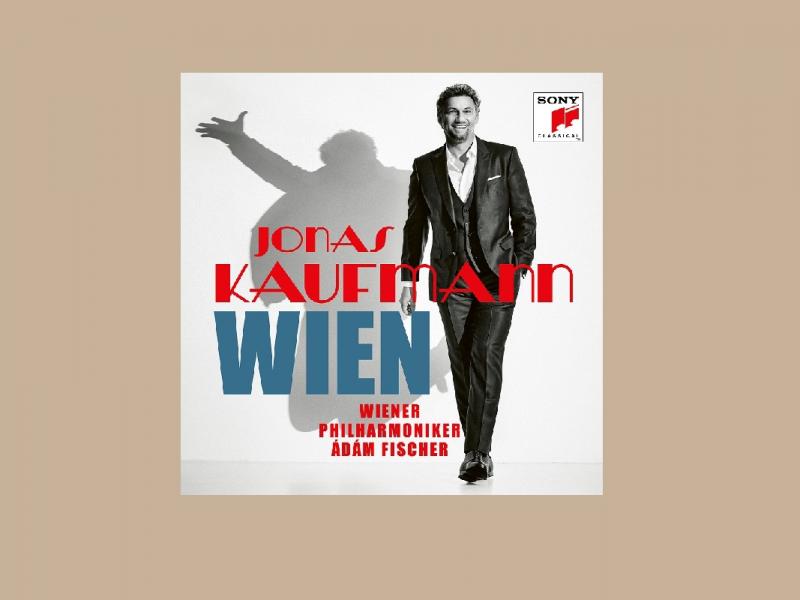 „WIEN“ is the new CD (Sony Classical) of Jonas Kaufmann and the Wiener Philharmoniker conducted by Adam Fischer. With arias and duets (together with soprano Rachel Willis-Soerensen) from famous operettas by Johann Strauss and Franz Léhar as well as Wiener Lieder by Robert Stolz, Hermann Leopoldo and Rudolf Sieczynsiski it is an hommage to Vienna, the city of walzes and operetta. Adam Fischer is rooted in the musical tradition of Vienna. Since he first came here to study with Hans Swarowsky the city has been his musical home. For many decades he has had close ties with the Wiener Philharmoniker and the Wiener Staatsoper, where he is an Honorary Member. Who could have been a better choice to conduct the Vienna elite orchestra and the star tenor on this new album. Together they bring alive the esprit and charme of Vienna´s sparkling melodies.

“The gloss and glamour of the Viennese musicians’ sound really is one of the glories of this new disc. Violins shimmer and swoon with portamenti that hover on just the right side of tasteful, and Ádám Fischer (who seems to be enjoying a rather marvellous Indian summer at the moment with his ongoing Düsseldorf Mahler cycle and superb recent Beethoven set on Naxos) steers them with understated panache and imagination throughout.”

“And if someone could invite Fischer to Vienna for New Year’s Day at some point, I’ll stand them a flute of champagne.”