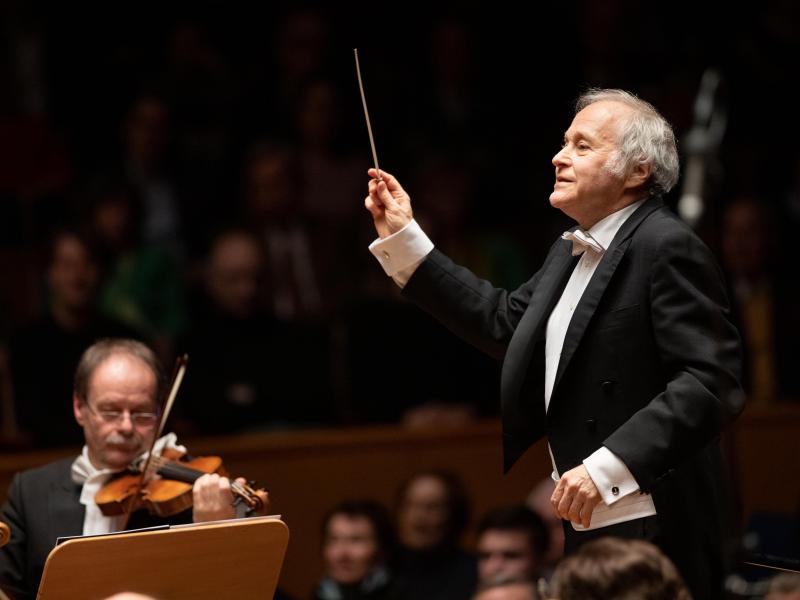 Adam Fischer has extended his contract with the Düsseldorfer Symphoniker for another five years and will remain their Principal Conductor until 2025. The orchestra announced the extension at a symbolic moment, during a performance of Gustav Mahler´s Smyphony No 6 at the Tonhalle Düsseldorf, the last concert of a monumental Mahler cycle which Adam Fischer began when he took up the position of Principal Conductor in 2015.

Over the last five years Fischer has been working on a Mahler cycle with the Düsseldorfer Symphoniker which has attracted wide international interest and for which he received the important BBC Music Magazine Award and the OPUS Klassik Award (2019).

The plan for the next five years is to focus more closely on Dvořák, Brahms, Bartók, Schubert and Beethoven.

Adam Fischer is pleased: “In the coming years I will be very happy to be able to continue my artistic work, which I began in Düsseldorf in 2015. I have met wonderful musicians in the orchestra who truly inspire me, and also an audience whose enthusiasm stimulates and animates all of us on stage. I hope that I will have the privilege of making music together with the Düsseldorfer Symphoniker for a long time to come.”