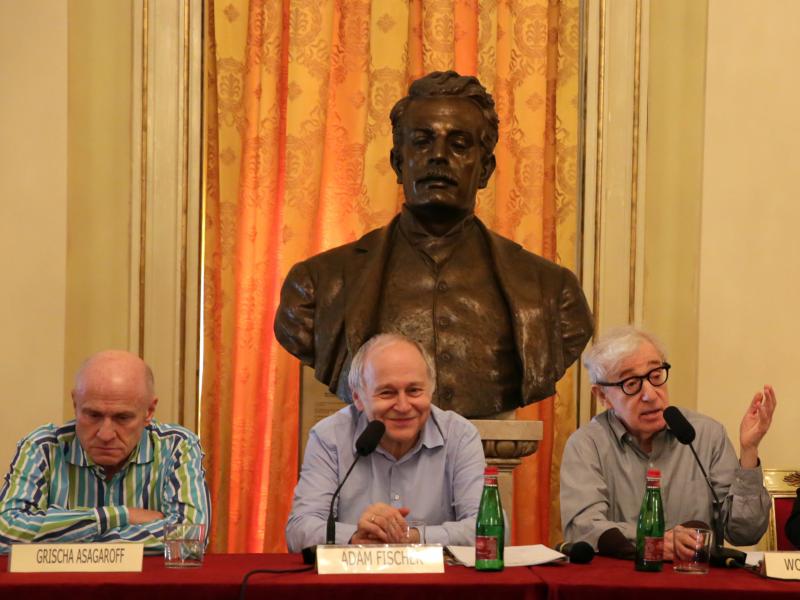 In July Woody Allen revives his Los Angeles Opera production of Puccini´s “Gianni Schicchi” at Milan´s Teatro alla Scala. Adam Fischer, who in this season already conducted a new production of Verdi´s “Ernani” in Milan, is on the podium of the Orchestra dell´Accedemia this time. Fischer, who ejoys sharing his experience with young musicians, first worked with them and the young singers of La Scala´s Accademia on a highly successful production of Mozart´s “Die Zauberflöte” two years ago. The first half of the double bill is Salieri´s “Prima la musica e poi le parole” directed by Grischa Asagaroff. In both productions the main part will be sung by Amgrogio Maestri.