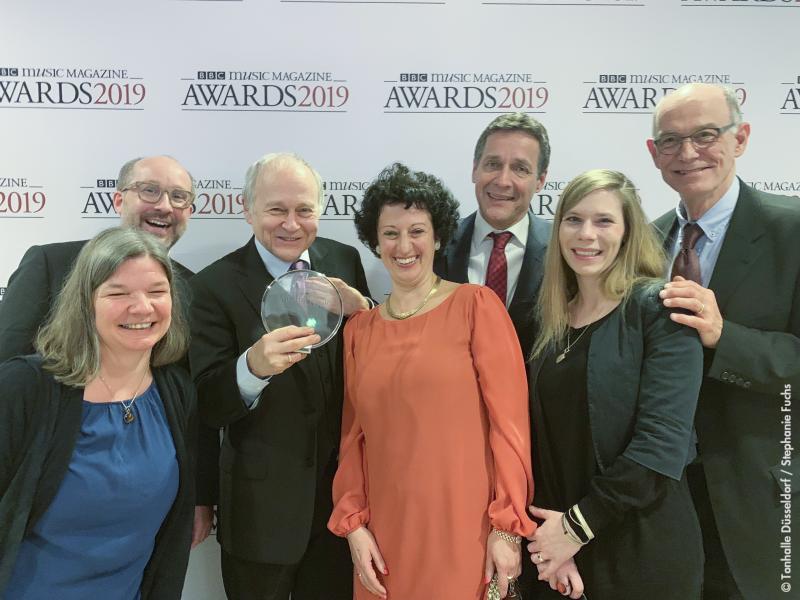 On April 10 the winners of the annual BBC Music Magazine Awards were announced in London. The Orchestral Award went to Adam Fischer and the Düsseldorf Symphony Orchestra for their recording of Mahler´s Symphony No 1. The disc is part of a cycle of all of Mahler´s nine symphonies recorded at the Tonhalle in Düsseldorf and was chosen from among 200 recordings that received 5-star reviews in the BBC Music Magazine in the last year. Symphony No 3 was also longlisted for this year´s Awards. Adam Fischer and representatives from the orchestra were at the Award Ceremony to receive the prestigious prize.