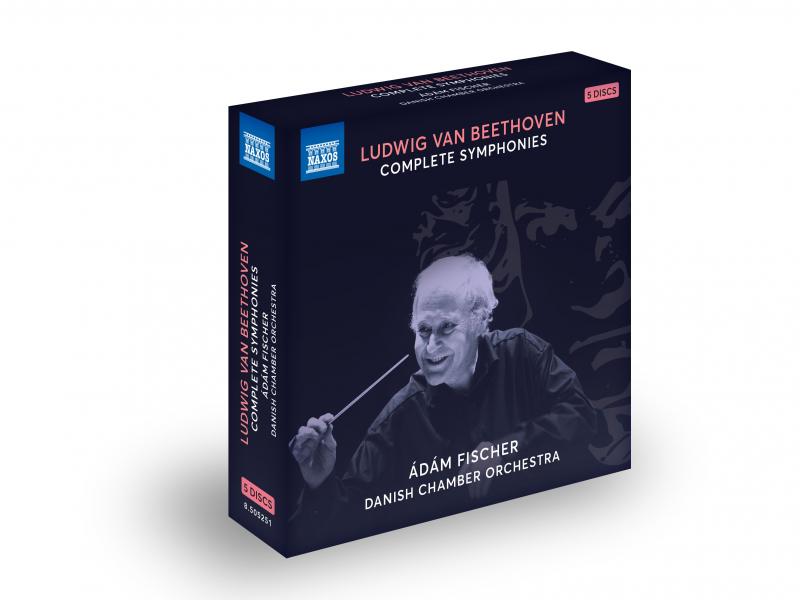 Beethoven Complete Symphonies (Naxos) recorded by Adam Fischer and the Danish Chamber Orchestra is the "Recording of the Year" 2020 as was announced by the jury of the International Classical Music Awards (ICMA). Earlier this year their Beethoven CD, which has received highest critical acclaim world-wide, received the prestigio ICMA 2020 in the category "symphonic music" and has now  been chosen as best recording of the year  from among the 16 winners in the different cateogories. Fischer and the Danish Chamber Orchestra receive an ICMA for the second time already. Their recording of all Mozart Symphonies (Da Capo Records) won in the category symphonic music in 2015. A strong sign of life from the orchestra, which was closed by the Danish Radio in 2014 and now continues to exist on a privately funded basis.

“Adam Fischer and the Danish Chamber Orchestra present a very convincing, coherent and meaningful set of Beethoven's symphonies whose main characteristic is the rhetorical diversity showing all of Beethoven’s various facets. This eloquence is achieved with a consistently slender, low-vibrato music-making and a wide range of tempi, rhythm and dynamics. Exciting contrasts, powerful accents, expressive rubato let Beethoven ‘speak’ in a most persuasive way.”, says the jury.