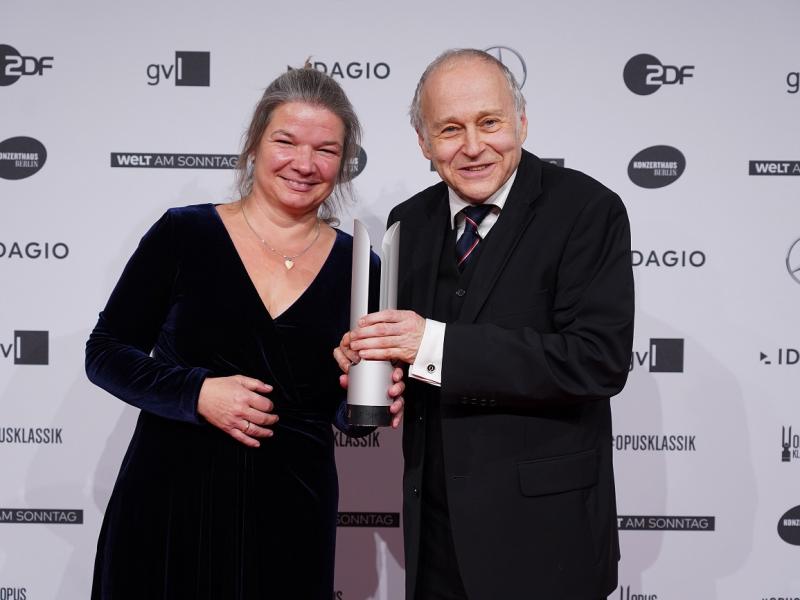 Following the BBC Music Award they received in April 2019 for their recording of Mahler´s Symphony No 1 Adam Fischer and the Düsseldorfer Symphoniker have won a second prestigious prize: their concert recording of Mahler´s 3rd symphony receives the OPUS KLASSIK 2019 and was chosen among 17 contestants in the category „Symphonic recording / music of the 19th century“.

The award-winning CD is a live recording from November 2017 at the Tonhalle in Düsseldorf produced in cooperation with Deutschlandfunk and published by the label AVI Music.

Anna Larsson is the soloist.

The 45 winners of the OPUS KLASSIK in 24 categories were announced on September 2nd at a press conference at the Konzerthaus Berlin. The awards are presented this year for the second time to outstanding artists in the field classical music.

The award-winning ceremony was on October 13th at the Konzerthaus Berlin.